Over the past 30 years, stories have been circulated about the man known as a legendary
and heroic incarnation of Socratic enlightenment. This is a man of whom it is said, travels
throughout the world with nothing but the clothes on his back, and trusts that the universe
will provide.

His belief that "if you have nothing, you have nothing to lose," was paraphrased in the  [Bob Dylan High School] early 60's by the young poet, Robert Zimmerman. At a historic meeting between the enigmatic philosopher and young Zimmerman - as documented in the classic film "Don't Look Back" - Love, while teaching the young man a new guitar chord, looked him sternly in the eye saying,"Lose the last name."

His advice? "Take the first name of your favorite poet and use it as your last name." Robert
thought that was a great idea and said his favorite poet was Emily Dickinson, so he could become
Bob Emily. Love, instantly recognized this pathetic attempt at creativity and whimsically
suggested Dylan Thomas. "Who?" said the fledgling legend. He had, however, heard of Matt
Dillon from "Gunsmoke" and thought it had a nice ring to it.

So Robert became "Bob," and took the last name "Dillon." Brownboy made the spelling change
and Bob regrets it to this day. 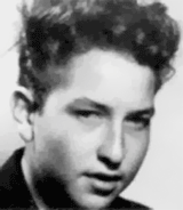 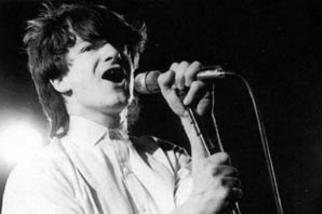 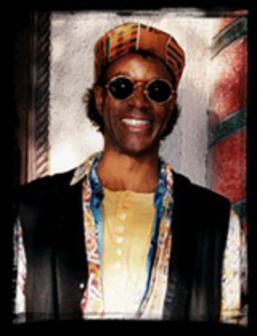 Brownboy is a street philosopher who travels the world with nothing but the clothes on his back,
trusting that the Universe will provide. He is interviewed by Shadoe and Charlie Midnight at
bus stops and wherever they can find him all over the world. Brownboy is a Blackbelt in the
Art of Ricochet, whose beliefs teach: "No Matter What Happens, You've Got to Bounce Back!"

"In Royal Seussian terms, it goes like this:
You can fall from a plane,
Or get a divorce,
and be riddled with pain,
Or get kicked by a horse,
be down in the dumps,
you can have an attack,
but no matter what happens,
You've GOT to bounce Back.
Ricochet!"

In the accompanying audio clips below, you'll hear all of the interviews as they happened.
In these discussions you'll hear him share mystic vision and practical thoughts like:
"Hope is the Upside. But if you're upside down, looking down instead of up,
you don't even know it's there!"

In the beginning, it was innocent enough, he'd scam us out of money and abruptly leave.
Then strange things began to happen. Suddenly, just as he was about to tell us
the most important thing we'll ever hear in our lives, something unspeakably awful would
happen. He would get hit by a car. And then it got worse. Was it a conspiracy or
God's baffling sense of humor?

HEAR ALL 18 EPISODES OF THE BROWNBOY LOVE INTERVIEWS BELOW:

Another indelible episode of culturally luminous proportions is the meeting chronicled in the
movie "Rattle and Hum," in which the then unsuccessful Paul Hewson, met the Full Throttle
Aristotle at a bus stop in Dublin, Ireland. Paul noticed Brownboy searching the ground and said,
"Can I help you find something?" Love turned to the young musician and in what has now become
his mythical declamatory style, decreed, "I have climbed the highest mountain, I have run through the fields...but, I still haven't found what I'm looking for!"  [Paul Hewson]

Paul never forgot that meeting, especially when Love went on to suggest Hewson change his name. "You need something memorable," Brownboy said, "something simple. Do like Cher did. One name. In fact - Sonny and Cher - what about SONNY?" he wondered. "How about his last name?" Paul fired back. "My brother," Brownboy replied, "at least change the way it's pronounced, so no one will know...make it...BAH-Noh."

Shadoe heard the stories. I knew the incredible, almost miraculous tales, and sent a team on assignment, in search of the man who put the mystic in optimystic. His travels seemed chaotic - always by bus - and yet, we've found him in nearly every part of the world.

There are innumerable chilling reports of his journeys, but we can only account for the astonishing, sometimes horrifying events that have taken place in the short time we did the interviews. There were several things we found perplexing:

1. Although he must easily be in his nineties, his appearance seems that of a man half his age.

2. In the fifth interview with him, he was suddenly hit by a car.

3. A week later, he showed now signs of damage.

4. That week he was hit by another car, even more dramatically.

5. A week later he disappeared from St. Agony Hospital in the Bronx. We located him by phone, and just as he was about to tell us the most important thing we would ever hear, his phone booth was struck by still another car.

6. One week later, he showed no signs of physical decline. During the interview, a plane crashed into him. There was no possible way he could have survived. And yet, he did.

7. A week later, in Africa, he was trampled by a stampeding herd of elephants. A week later, while surfing, he was dragged away by a shark, before being hit by a ship. Twice.

8. Then, in Italy, he was hit by a train; in Hong Kong he was tackled by the Chinese football team, The Peking Ducks. Still, in only a week's time, he seemed to be completely healed!

9. Then, in Madrid, at a bullfight, he was hit by massive bulls and trampled.

10. A week later on the streets of New York, a two thousand pound piano fell on him. The question is, "Conspiracy?" there was not a shred of evidence until recently, in a phone call, a hushed voice whispered, "LaToya Jackson!"

11. We are searching for clues and any other revealing stories people may have about encounters with Browngoy Loe. There have also been mysterious reports about him being seen in several places in the world AT THE SAME TIME.

12. If you have information, let us know. Write us at shadoe@shadoe.com