CaboWaboRadio was created by Shadoe Stevens for rockstar Sammy Haggar from 2007 to 2008. Shadoe created the programming, jingles, marketing, artwork, designed a studio for the Cabo Wabo Cantina in Cabo San Lucas, Mexico, and built another backup programming studio in Los Angeles. He created all the promos and slogans, and everything you see and hear on this page. The programming was "All Rock, All Up, All Party, All the time," 24 hours a day and LIVE from the Cabo Wabo Cantina every night, hosted by top DJs from all over the country.

It was extraordinarily successful. It went from number 10,000 of all the radio stations broadcast on streaming service Live365 - to the top 30 - in six months - by word of mouth and Shadoe's personal marketing efforts. There was no money allocated for marketing or promotion. In less than six months it became the Number One Alternative Rock station on Live365 in nine months and had more than 130,000 people listening an average of more than 35 minutes per day in 110 countries.

Live365 had never seen growth like that in the history of the company. It was all the originality of the programming and the extraordinary presentation. Six months in, with all this mind-boggling growth, Shadoe found a world class salesman named Monte Gast- who had sold to the Prince of Dubai and Steve Wynn in Las Vegas - who told him he could sell advertising for Cabo Wabo Radio in a heartbeat.

When Sammy was told about this opportunity, a chance to monetize the station, he said, "I'm not paying for anybody for anything." Shadoe went back to the salesman and said there was no money for a salesman. Monte was so sure he could sell it quickly, he said he'd do it for free for 30% commission. When Sammy was told this he said, "30%?!!! No way!"

This is when it became clear there was no upside in continuing with the station. A few months later Shadoe left and the station was closed down New Years Eve 2008. Below you will find examples of the work. 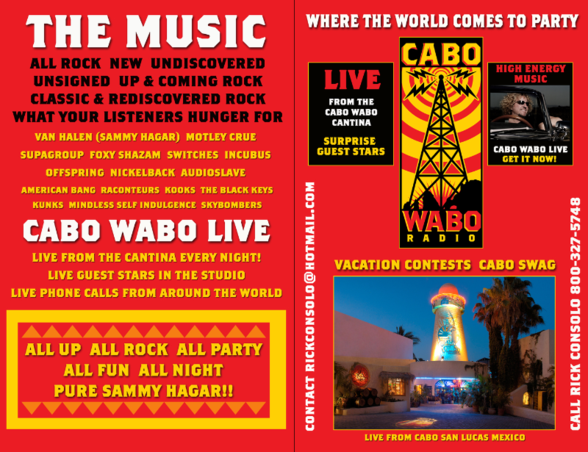 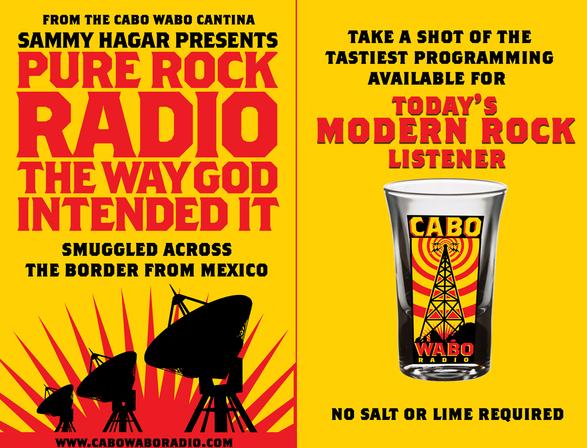