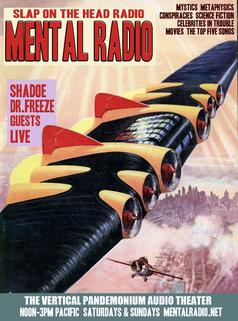 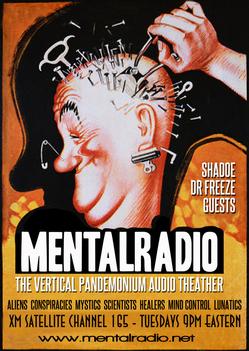 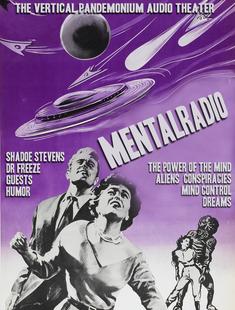 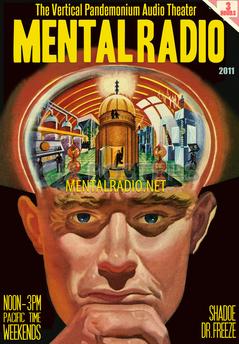 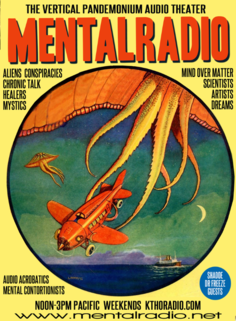 MentalRadio was created by Shadoe between as radio talk exploring extraterrestrials, science, dreams, mystics, and the mysterious unknown with humor and imagination. It was Amazing Stories from the Outer Limits, real science and science fiction. It was about fantasy, super heroes, sci-fi movies, television shows, technology, comic books, everything geek, and fabricated information told with great sincerity and absolute conviction.  It was "Coast to Coast" as if done by Money Python.

​Shadoe created the programming, branding, artwork, marketing materials, website and New Media components.  In addition to syndication and the internet, it was broadcast on SiriusXM from 2011 to 2012.

* A Bikini Wax for the Brain

* Stephen Hawking in a Clown Suit

* The Dumbing Up of America has Begun

* Never before in history has so much, meant so little, to so many

Mentalradio ended in 2012 after the financial partner died of a heart attack at age 52. To see and hear everything that was created go to: www.mentalradio.net. Below you will find introductory examples of the work. 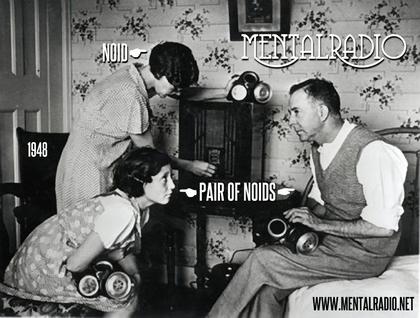 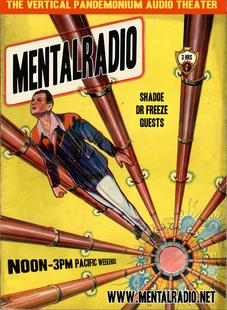 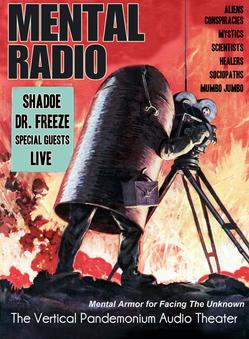 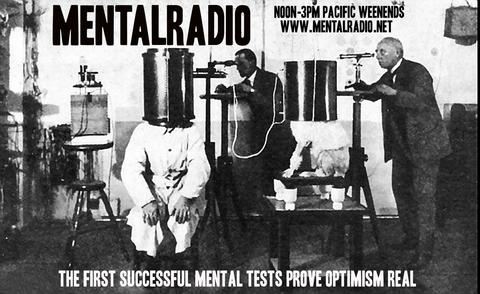 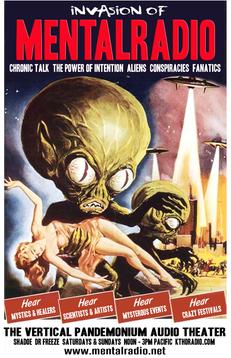