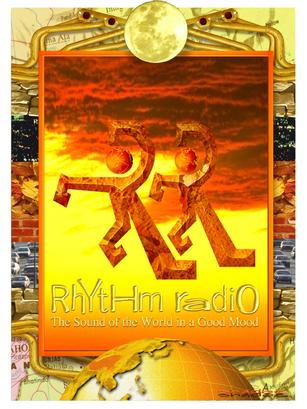 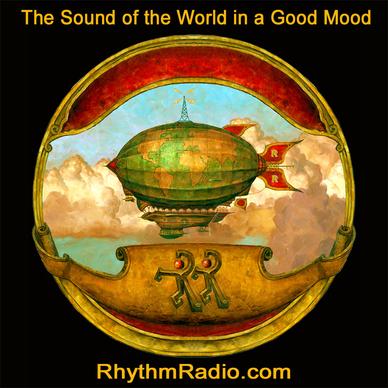 RhythmRadio was created in 1997 by Shadoe Stevens as: "The Sound of the World in a Good Mood." It was designed to be the first Branded, integrated, multi-platform Global Music company. The company was built by Shadoe, International Corporate Attorney Michael Friedlander, and three-time Grammy Award winning writer/producer Charlie Midnight. Also a major part in it were musicans Tom Canning and Arno Lucas, and Jeff Greenberg, owner of one of the great recording studios in the world, "The Village."  RhythmRadio was one of the first and most successful online radio/music companies, and one that integrated traditional radio on a global scale.

By 2001 it was on the air on radio with nationwide coverage in more than 30 countries and was broadcasting on the Internet 24 hours a day in multiple formats, in seven languages: English, Spanish, French, German, Russian, Japanese, and Chinese Mandarin. It was sponsored globally by Nescafe, but was ultimately a victim of the dotcom crash and did not survive. Advertisers and Investors said the Internet was a fad.

One of the favorite channels on RhythmRadio was WARP THEATER. The World Atomic Rhythm Party Radio Theater. It consisted of anything and everything amusing in music with comedy features and the consistent RhythmRadio energy and attitude. Below find three hours of the best that was offered.