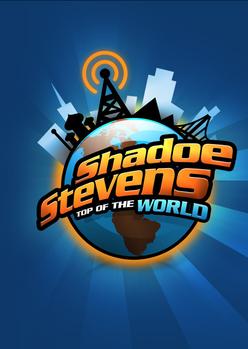 Top of the World was an internationally syndicated music show created by Shadoe Stevens together with Roberto Velarde in Madrid, Spain. It was on the air weekly in more than 30 countries between 2004 and 2006.

The show was described as "top of the rock, top of the pop, top of the hip-hop at the Top of the World." It was a show about the most popular and exciting music from the tops of the charts of countries around the world.