The pilot for "The Weekly Show," a half hour, prime time television series will premier Tuesday, August 25 at 11pm eastern 8pm pacific on TV One, Shadoe's company "Blackout Entertainment LLC," formed with his partner and manager Doug Warner, and partner Steve Saltman, is producing the project along with show runner/co-director Lance Crouther. The new website for the show is www.weeklyshow.tv

The Weekly Show... is a funny new weekly news magazine of current events with an all-star cast... ... that also shows what goes on after the camera goes off.

Six main characters – an anchor man... his female co-host... a resident doctor... a pop- culture expert... a weather personality... and their stretched-thin female producer -- do current events and pop culture segments, in the vein of “Good Morning America, The Today Show," and “The Daily Show." Along with these segments, the show features the behind-the-scenes back-stage drama of the characters, with their personal beefs, their dust-ups with management, and their fights at home, all forming a parallel story arc in the vein of “The Larry Sanders Show”.

Phil LaMarr (Mad TV), Danielle Gaither (Chocolate News), Gary Anthony Williams(Boston Legal), Jordan Black (Bridesmaids), Cedric Yarbrough (Reno 911), and Karen Maruyama (Curb Your Enthusiasm) have all worked as a team on other productions including the hilarious podcast Blackout Television, and the hit Groundlings show The Black Version. Their past work together will give the show great chemistry from the very beginning, and inspire each other to comic heights.

The pilot was produced and co-directed by Wayne Miller, and Lance Crouther, with Frank Hagan as line producer, logo and art direction by Shadoe, and original music by Shadoe and Grammy Nominated artist Tom Canning. The show was shot at "Illuminate Hollywood" in Studio City. 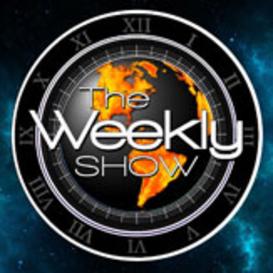