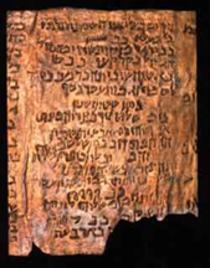 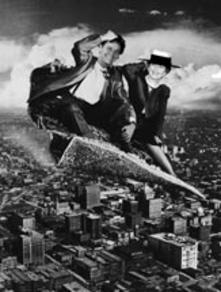 Although the recorded history of the Samolian culture dates back to the dawn of time,
and their purpose has never deviated, there has been but one high priestess who has ever  been reported as having "gone Plethoral." Her name is Madonna.)

If you find any information please forward it to us quickly -
we are adding this information to this Web page in order to allow the world to see for
itself the revelation that is the HMAITEX. Send your discoveries to
shadoe@shadoe.com.

HMAITEX TERMINOLOGY
EXUBERANT - an uberant who's not anymore - a deposed king insect (ant) -
Samolians worshipped the Ant, their sacred animal - the ruler of the Samolians
was an...

UBERANT - a deposed uberant was an ex-uberant; the objective of every ruler,
was to be deposed; when one was unseated, all were very excited, thrilled - thus,
the word, today, coming to mean excited.

FLOOTINS - ancient race of people said to have originated somewhere in
Northern Europe and known amongst other peoples as 'Pinks'.

GIZMO - a Hmaitex word that appears to have meant 'sacred object'. The
Hmaitex believed that it was a sacrilege to throw anything away because all
small objects were inhabited by little deities.

As a result, an important part of their daily ritual was to find storage space for
these Gizmos. Today, you can find, in all parts of the world, large structures
devoted to this quasi-religious practice of never throwing away any little object that
has come into your life but has no apparent use except, perhaps, to house little
deities that would be very angry if you threw them away. 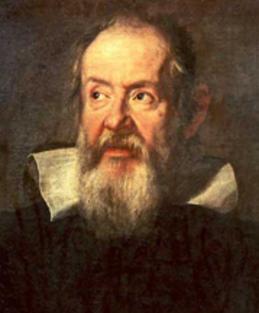 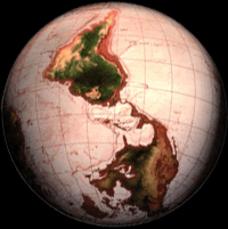 The picture attached is quite a revelation in itself: Master Spinner and Club Goddess Maggie Thatcher (DJ Thatch) rides the Flying Carpet with media pundit, radio savant, and award-winning break dancer Shadoe Stevens. Shadoe, founding father of this site says, "Maggie's fly. We used to get kronked in the old days at my crib. Nobody knows more about what's bubbling under and ready to explode. She's my Ears!" You may remember Maggie from her successful years as the Prime Minister of that hotbed of cutting-edge dance music, Great Britain. Today, they search the globe together for the greatest and most exciting music on Earth.

SHADOELAND AND SHADITUDE
It is an EXPERIENCE, a DIMENSION. It is, has always been, and always will be, and yet, the tools to get there have sometimes been misplaced. The re-discovery and application of these ancient codes in contemporary times have been the mission lavished upon Shadoe Stevens by some unfathomable force.

SHADITUDE - ORIGINS
Shadoe’s ancient ancestors (Hmaitex adventurers and explorers) traveled  [Book of Didjuno]on great ships to exotic corners of the world in search of rare spices and aphrodisiacs. Their travels were chronicled in the "BOOK OF DIDJUNO"
found in the ruins of the HMAITEX in rural Tierra del Fuego. The extraordinary trade routes and the tales of colorful people and magical music are the stuff of dreams and legends.

Proven to exist in 1921 by Sigmund Freud but theorized about and discussed by
Socrates who was forced to take hemlock because of his unwillingness to disavow his
belief in the existence of Watchamacallits. In The Republic, Plato quoted his mentor
as saying: " I cannot retract my belief that there exists clusters of negativity that
attach themselves to the gray matter in our skulls. There can be no other rational explanation as to why most Senators' brains seem to be so clogged up - it defies logic thatthey can all be so stupid. "

GPS - Gravitational Pull of Sanity. A constant and irreversible tug often referred to
as Conscience

THE CHILL OF CONFIRMATION - ancient Samolian rite of passage . Young
men, when they reached puberty, were forced to walk naked for two days in the snow.
When they returned they were welcomed into the Circle of Warriors and allowed to
marry. Because the Samolians inhabited a tropical climate where it had not snowed
for as long as anyone could remember, warriors and husbands had to be recruited from other tribes. This is suspected by many anthropologists to have been a contributing factorto their surly dispositions and eventual demise.

"ACME RINGALEEVIO!" - ultimate greeting or farewell (much like aloha) -Acme
is the highest Ringaleevio as ordained by ancient Hmaitex priests who are called
The MKODEMK (only when an M is followed by a K, is the M pronounced... the K,
however, is SILENT... thus the word is pronounced: MOE-DEM... otherwise, the M
is silent as it is a Holy Letter and they dare not speak it... K is the "Universal Qualifier").

Note: A "K" that is placed on its back is an exact representation of the mystical Inverted Pyramid! (Have fun- try it and see for yourself.)

There has been some controversy among translators, however, as the Hmaitex words for 'wife' and 'uncle' are very similar.

NEGATIVISITY
An exact interpretation of this most ancient term has been impossible to define in the
contemporary thought process, as it appears to define a juxtaposition between
|negativity and positivity, wherein the negative cancels the positive and vice versa,
leaving only an emptiness that is a paradoxical conundrum and then some. 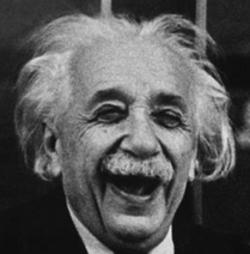 ANCIENT HISTORY
Everything we know, everything Shadoe has discovered, uncovered, and believes,
is a recent revelation of ancient texts... .there was an ancient empire. There were
the Aztecs, the Mayans, the Incas, and a culture few people know about and those
who do, only whisper the name. These were the HMAITEX (the M is silent,
the X is pronounced like a K, in other words: HI` - Tek`).

Only recently have scientists begun revealing in coded messages to associates
worldwide, the astonishing discoveries in Tierra del Fuego (at the southern tip
of South America.). What has been revealed is that this culture has seamlessly
woven itself invisibly into the fabric of every culture throughout history, in
every part of the world.

This occurred because it was at the exact right angle in relation to the sun to
attract the maximum amount of "ideal sunlight." The term "ideal sunlight" is
a scientific term describing the highest intensity sunlight that can be directed
to a particular point on Earth allowing for optimum biological and atmospheric
conditions. In this near-perfect environment, the Hmaitex civilization flourished.

MONKEY MIND - is a Samolian term referring to the highest state of consciousness,
the most revered state, being one in which an individual can chatter, dabble, ruthlessly
conquer, and accomplish every whim in a frenzied state of excitation, while  [Monkey Mind]
trampled in the process. YOU are everything to everything. YOU have
"Gone Plethoral."
simultaneously indulging mindlessly in every impulse, acquiring and dominating at
every turn, with a consciousness free of the pesky need to tolerate the fortunes of those

(Since the beginning of time, Samolians have considered the simian to be the truest
definition of the term ideal. At once primal, they are childlike, open, naive, and
blameless, and consequently, seem to have the most fun.

In the year 789 BC, a large orthodox tribe of Samolians lived among and freely
married some of the more attractive simians - they are said to have had a propensity for
primal pleasures - (see "Sams and Sims in the New Linoleum" - Dr. Phil Goode,
Spiritwood Publishing, Jamestown, North Dakota), and their offspring are said to have

ANTIDOTE TO "MONKEY MIND" - see Um-Hum
spread throughout the world. 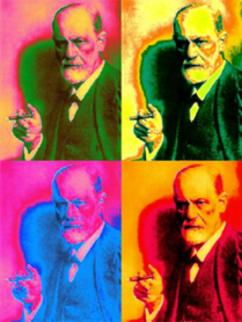 Known for their peculiar inverted pyramids - that have scientists baffled even today.
Petroglyphs and symbols have been found in caves and on parchment, containing
information more ancient than even the Dead Sea Scrolls. From Cupajava, Peru, to
Jubongo, Dubai, and Shebang, China, proof is popping up. From 8,000 feet in the air,
over the plains of Argentina, massive symbols can be seen carved into the ground -
symbols that look distinctly like massive shadows. Coincidence? Or something more?  [Galileo]

(Galileo wrote extensively about the Hmaitex but had to retract everything when he
ran into trouble with the Pope who, he thought, was a Samolian - but was simply
misled and confused).

SAMOLIANS - are another culture who've existed since the dawn of time, and being diametrically opposed in manner and spirit to the Hmaitex, were absorbed in the pursuit of power, material possessions and money (thus, the origin of the Brooklyn slang term for money).

UM-HUM - Hmaitex sacred mantra to be said aloud or silently to themselves - "Um-Hum" is both an affirmation and a calming focus for the contemporary "monkey mind." 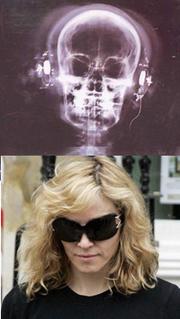 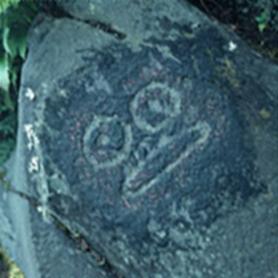 THOVERWARP - Einstein's immutable law - a law of the universe that states,
"when there's a Thunder there's an equal and opposite Thover - and vice versa" -
clues to its truth in observing the universe must be believed strictly on faith because
of Hmaitex mysticism.
Footnote: See "Hmaitex - the Gentle Warriors" - Dr. Phil Goode (Sunflower Press,
Jamestown, North Dakota).

GEOID - (Gee-oid) - surface within or around the earth that is everywhere normal to
gravity and coincides with mean-sea level. A Hmaitex word that has become part
of the English language and maintains its exact meaning. It also had another Hmaitex
meaning, the closest translation to English being the slang term 'Nerd'.

FANDANGLE - an ornament - Hmaitex in origin it was used to describe a female
fandancer who would dangle ornaments in front of the Emperor in order to gain his
favor. Those who were unsuccessful were given the choice of either being thrown
into the boiling mouth of a volcano or marriage to a Geoid- Many chose the former.

SWINGADILLA - swing music- the sacred music that was played by the Hmaitex
every New Year's Eve accompanying the custom of annually swapping marriage
partners.

WHATCHAMACALLITS - clusters of something undefinable that grope at your
brain, causing the gropee the inability to come up with the right word for a particular
situation. Only after the gropee has been disengaged from the conversation will
Whatchamacallits dissipate and allow the words to flow freely.  [FreudWarhol] 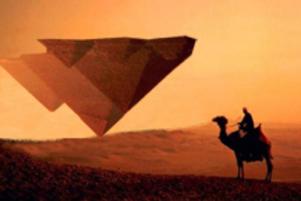 The "Book of Didjuno" is so all-encompassing and extraordinary that by
comparison the Dead Sea Scrolls are a mere punctuation mark in the recorded history of mankind. Each culture, in trying to establish its own unique identity,
has buried all knowledge of this sacred text, which holds all the concepts,
ideologies, religious beliefs, and customs of all cultures, and races throughout
history. The question arises, "Why was the Book of Didjuno suppressed?

What was so threatening to all of these different peoples that they would
universally abandon the source and inspiration of all of their ideas?" The answer lies in the nature of man. If the Book of Didjuno is the wellspring of all
philosophies, doctrines, and faiths, then one must conclude that all beliefs,
tenets, and principles are ONE, and only the descriptions change.
[pyramids]
This is not conducive to fostering the distinctiveness of one group from another.
As a result, a group must deny that common indivisibility in order to assert its
personal, unique superiority. The concepts, discoveries and ingenuity of the
Hmaitex are the foundation of all of Shaditude. The notions of "too much fun
is never enough," and "Laugh Now, Think Later," were all Hmaitex
mantras. Their innovation has never been equaled.