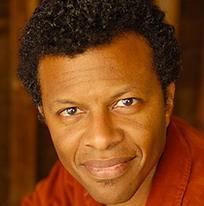 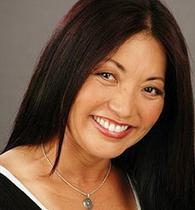 Daniele Gaither's talent for uncanny celebrity impersonations, improvisational comedy and song improvisation has been heralded by critics and audiences alike. Recognized as one of LAs top comedians in Los Angeles magazine's comedy issue, she is most noted for her work on MADtv, Fox television's now defunct late night comedy variety series. She has also starred in comedy series for the WB network and NBC. You can catch her in The Black Version (www.theblackversion.com) at her comedy alma mater, the nationally renowned Groundlings Theatre. 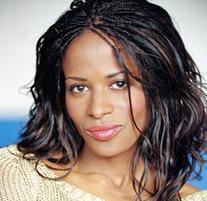 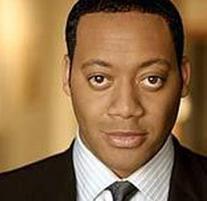 Karen directs and performs in Blackout Television. She teaches all levels and directs shows at the Groundlings, teaches at the American Film Institute, does specialty workshops for Disney Orlando. Her acting credits include Nip/Tuck, Ghost Whisperer, The Simpsons, The Bucket List, Curb Your Enthusiasm and Who's Line Is It Anyway?

Phil is an alumnus and has taught at Yale and The Groundlings, he studied improv at Second City and at the ImprovOlympic in Chicago. He has performed and taught at The Groundlings, LA Theatersports, and the Purple Crayon of Yale University of which he was a founding member. He was one of the original cast members of Mad TV, and has appeared on Fresh Prince of Bel Air, NYPD Blue, Curb Your Enthusiasm, and Reno 911. Phil's extensive voice-over work, includes featured roles in Madagascar: Escape 2 Africa and Bolt; regular roles on the animated series Futurama, The Spectacular Spider-Man, Samurai Jack and Justice League as well as recurring roles on Family Guy.

Gary can be seen in the films: Teenage Mutant Ninja Turtles 2, The Internship, and The Factory along with John Cusack, the new Whose Line is it Anyway? He currently recurs as Lester on The Soul Man and newsman Dave Davidson on Raising Hope.  He was a series regular on Boston Legal, Malcolm in the Middle, and Weeds. He's been on Hot in Cleveland, How I Met Your Mother, Desperate Housewives, Happy Endings, Workaholics, Reno 911 and CSI.  Films include Harold and Kumar Go to White Castle, Undercover Brotherand Soul Plane.
In animation, he plays Uncle Ruckus in Aaron McGruder’s The Boondocks, Riff Tamson in George Lucas’ Star Wars: The Clone Wars, and both Mongul and Mongal in Batman: The Brave and Bold, and more. Gary is very pretty. Oh yeah, he’s also the co- founder and artistic director of the largest comedy film festival in the US, LA Comedy Shorts Film Festival and a member of the all-black, ass-kicking improv show, The Black Version 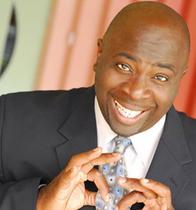 Jordan has been a series regular on such shows as Punk'd, Halfway Home, MTV's The Lyricist Lounge Show, the WB's On the Spot and E!'s Star Dates. His voice has been heard on South Park and he's been seen and heard on True Jackson VP, How I Met Your Mother, The Tonight Show, Jimmy Kimmel Live, Head Case, and MadTV among others. He also appeared in the Christopher Guest film For Your Consideration, Bridesmaids from Judd Apatow . Jordan's writing credits include Saturday Night Live. Jordan is an alum of the Groundlings Main Company and created and stars in The Black Version

Cedric was born in Burnsville, Minnesota. he starred on the Comedy Central television series Reno 911! He also provides the voice of Tom Dubois and Colonel H. Stinkmeaner on The Boondocks animated series featured on Adult Swim. He also voiced Firestorm in the animated film Justice League: Crisis on Two Earths. He is now one of the stars of the critically acclaimed ABC sitcom Speechless, as well as voicing Officer Meow Meow Fuzzyface on the acclaimed Netflix comedy-drama BoJack Horseman. 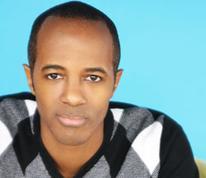